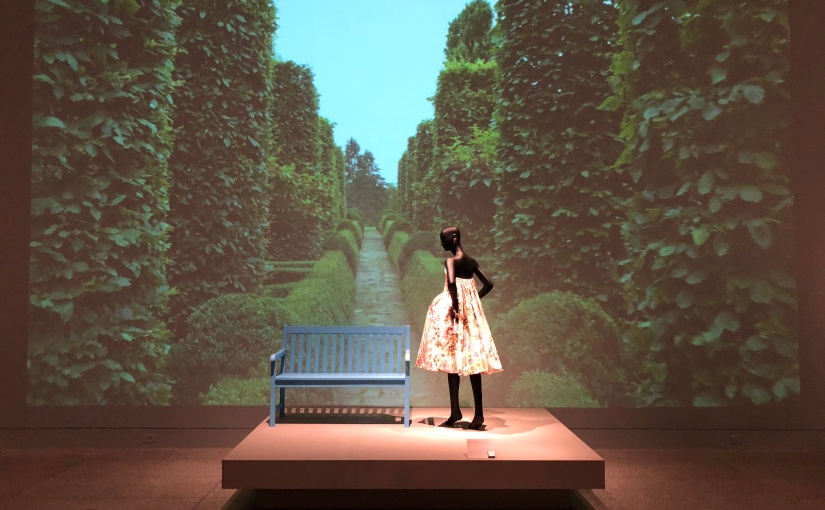 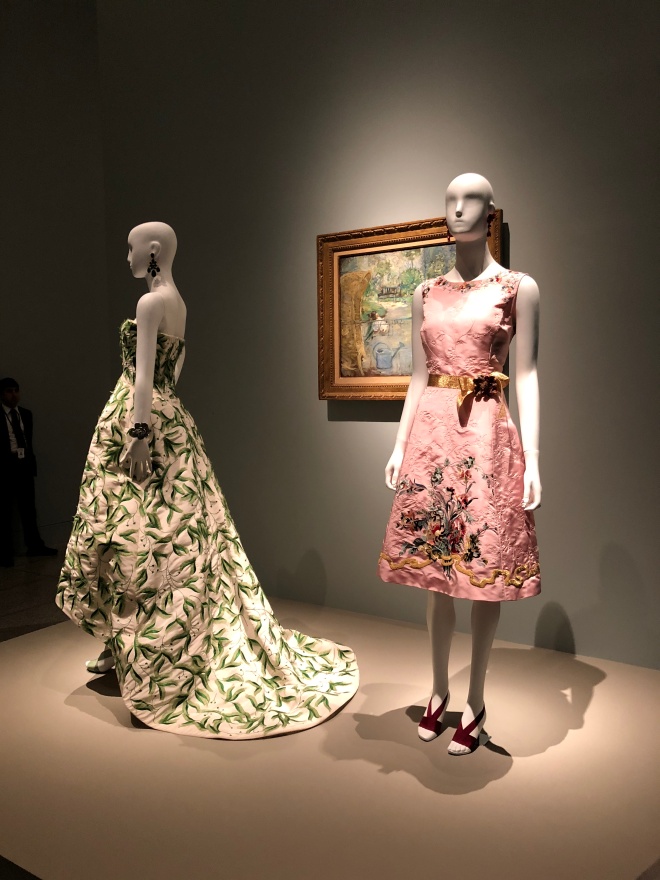 I didn’t know what to expect from the exhibit.  I didn’t want to do too much googling or looking at other people’s experiences on social media.  I went Saturday morning, in a better than just ok mood with solid spinster vibes.  I did get some odd looks from other couples and families that were also at the museum but I tried to not let it get to me.  I saw some fabulous couples that were much older, cultured, and seemed happy.  Highkey jel.

It was impeccable!  I’m sure the first several days were amazing because towards the end of any exhibit, for whatever reason, there’s this slight lack of quality.  You kind of feel like you’re going through a sale rack at the last days of an exhibit.  I was handed a listening device that I didn’t think I’d need.  I thought it was for old people who were disabled visually and audibly lol.  I was advised to point at the squares and listen to the audio.  Ugh, I was definitely captivated by the first voice I recognized – almost immediately.  Andre Leon Talley.  I wanted to yelp – I was so excited.  It felt like he was leaving ME personal stories.  That was such a great feature.  I remember thinking… There has to be a way to capture all the audio online and just listen but no way.  Here are some more photos I took from my experience.  Unfortunately, my phone decided I had taken enough photos.  It wasn’t even telling me my phone was full – the camera app just simply would not take anymore photos lol.  I even deleted like 5-6 apps and 60+ older pics and nothing.  My phone definitely has a personality. 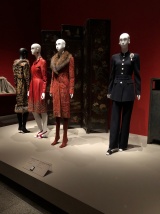 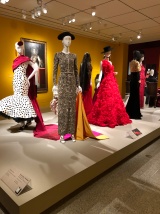 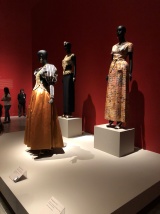 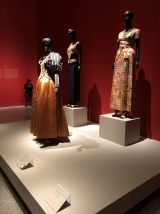 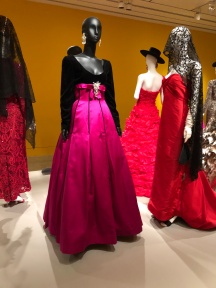 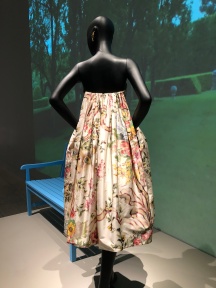 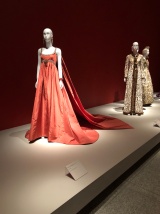 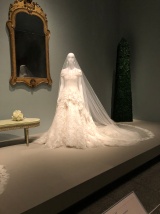 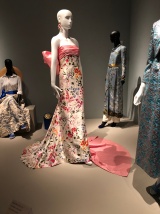 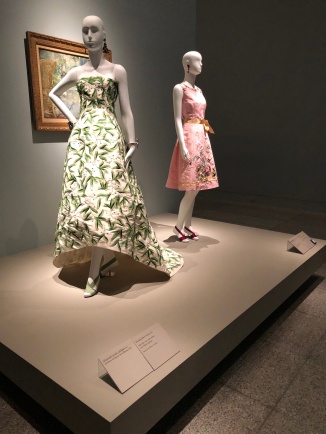 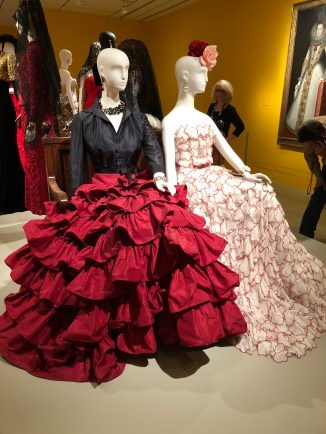 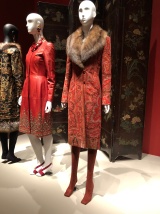 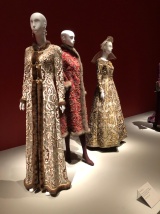 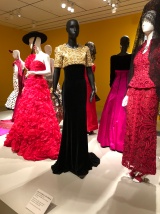 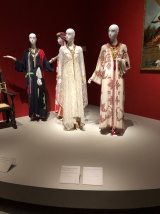 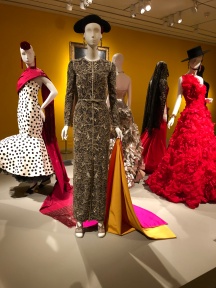 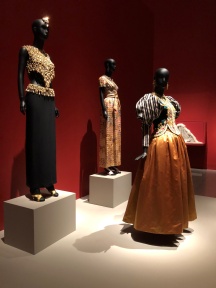 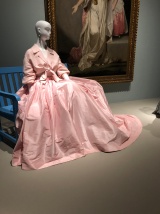 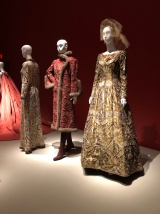 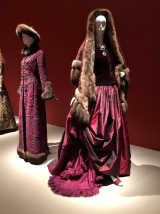 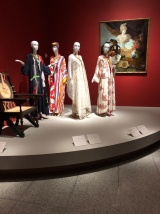 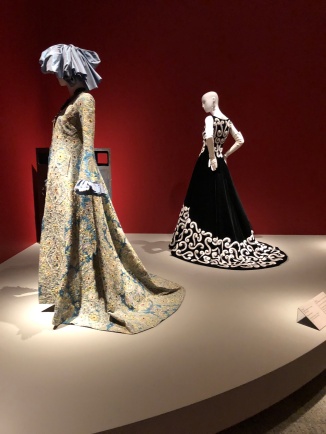 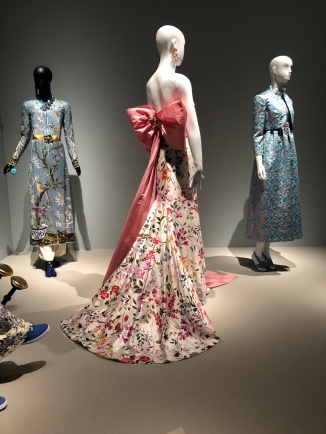 The pictures are in no particular order and I don’t think many of you care too much the actual size/detail of each pic.  Eyeroll emoji.

I entered the other exhibits; honestly the Indian exhibit was cool because of the preserved artifacts and whatnot but I wasn’t eager to know more.  I appreciated the preservation, the bits of facts, and the culture but I did a speedy walk-thru to see the Michelangelo exhibit.  Which was far more interesting to me.  Again, I wish I had photos.

The thing about going to the museum is… if the people you go with aren’t that interested, it either feels like dragging a dog that doesn’t want to walk or trying to keep an anxious dog steady at your pace.  I don’t mean to call people dogs but this is the best analogy I can come up with at the moment.  I’ve gone with people that just want to say they’ve gone to the museum and take pictures to seem cultured?  I don’t really know.  I go because I like taking in all the information, I consider the effort and quality, I get totally enveloped in the exhibit.  When I learned about this Oscar de la Renta exhibit, I knew I wanted to enjoy it with someone who either knew about fashion as much as me, at least knew or wanted to know more about the life of Oscar, and/or would appreciate art.  That would cancel out almost everyone I know.  I need more fashion friends.  Not just people who care about flaunting labels but people who understand style, fashion, art, and the creative people in the industry.

At the very end of the exhibit, the store only had 2 size small Oscar de la Renta shirts that two other girls picked up before I could.  They were at least medium-sized, I don’t know who the fuck they were kidding.  That was so frustrating to me.  They would not be able to fit it, that means they aren’t going to wear it, so it’s just a waste of a shirt.  SO upset about that.  I blame myself for killing time trying to get my camera to work.  I saw those girls throughout the entire exhibit.  They were like a crowd of cows that didn’t know or understand the exhibit.  They would stand in front of the exhibit, blocking other people’s view, and talking about literally their personal lives loudly.  They’d make small comments on the garments on display like they fucking knew a thing or two.  Yeah, I’m not fucking trusting THEIR opinion on style.  Lol, I’m very angry over a shirt.

Overall, very good experience.  I’m glad I went at the time I did.  I liked everything, I was tired of being alone and making comments to myself so I decided to leave.  After that, I went to pick up the little baby-sized items (emergency skincare, makeup, and lady shit) I left at the ex’s.  I literally just picked up my shit and left.  It’s not the kind of goodbye I wanted but he was sweaty from helping his father with yard-work and I am generally kind of cold.

Full Circle
I want things to be on good terms.  I hope I didn’t tear him down but he seems resilient, I only want the best for him and I don’t think I was that.  Splitting was best scenario for both of us.  This has to be one of the most awkward endings.  I have a problem knowing people don’t like me, for some people that don’t like me – if I don’t respect them, I don’t care to convince them to see me differently but I respect and care for him.  I think that’s why I try to make people laugh and like me.  How desperate of me lol.

I think it’s funny how when I first met him, we talked about the museum that first night and I think he mentioned he hasn’t been in many many years.  That should’ve been a sign for me.  There were other signs that night that I should’ve regarded as warnings but a huge part of me wanted to change/think less and let things flow.  I fucking let shit flow.  What makes this relationship come full circle is the shit we promised each other the first day we met; he’d take me to TopGolf and I’d take him to museum and neither of us did that for the other person.  Ultimately, those two things made us realize how much we actually wanted to be together – nowhere near each other lol.